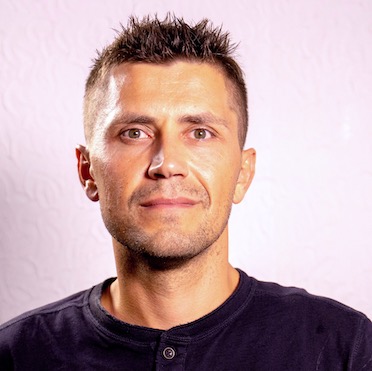 Writing about yourself is hard, isn’t it?

I’ve been doing computer stuff since 1994, but I started programming in 2004. First with little PHP/MySQL, then came .NET and Java, then the Oracle years, and now I’m settled in the land of Ruby, JavaScript, and dev-ops for the foreseeable future.

I’m a consultant who loves to work on interesting things, even more if they can help other people. I like learning about anything and everything. That is design, philosophy, and human psychology lately, but I’m interested in business, marketing, sales, and a healthy dose of fiction.

I like writing. I believe it’s one of the best ways you can learn to express yourself. It can boost your conversation skills, meaning you become a better speaker while becoming a better writer. In my free time I also enjoy cycling alongside the beautiful Croatian coast, as well as swimming in the sea during the summer.

If you have any other questions or want to hire me, you can email me.